Why Do People Think My Business Is Their Business?


On Thursday I met wiht a guy who sells Anderson windows to discuss some new windows for my house.  We talked at first about doing 3 windows (1 in living room, 2 in my bedroom) but I ended up buying 9 total.  They will be here in the next few months.  They weren't cheap.  I'm not a person who likes debt & I haven't been in in debt for awhile but I financed them.  I could have taken money from 401k but I hate touching it--even though it's in the frigging toilet right now.   I am at the point that I can make the monthly payments.  And if someday I decide to pay off I can.  I'm paying quite a bit of interest but it's a trade off I can live with to keep my savings intact. I'm pretty excited.  They are going to be gorgeous.

Today, a guy named Marty came by to look at some facia boards that need to be replaced.  He's a nice guy who worked on my front porch last year & I asked him awhile ago to power wash my house & then replace the boards.  He's dragged his feet but we might be finally rolling.  He had some eye rolls about my windows & the company I went with which is the best in the business.  He knew someone to refer me to (probably a bird dog fee involved) & asked me a couple of times if I'd signed a contract.  I was polite but he needs to stay in his lane.  I was a little annoyed  If he'd asked one time, fine.  But then he needs to back off.  When he pays my bills he gets a say.  Not until.  #Not.His.Businesss

- October 15, 2022 No comments:
Email ThisBlogThis!Share to TwitterShare to FacebookShare to Pinterest 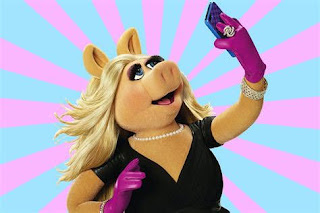 This is going to be a weight reflection hodge podge.  I have too many thoughts to organize any other way right now.

My weight has been a lifelong struggle. I was a normal kid but started gaining in school.  I never knew a scale number but my high school graduation dress was a size 15.  And then I gained probably a college 50 instead of a freshman 15.  (I see kids across from campus walking along with big old Starbucks milk shake things & think they are going to have a freshman 40).  Then later I ballooned to my highest weight of 220 & I stayed there forever.  Then after my dad passed away, I don't know what happened exactly but I somehow lost about 70 pounds.  I was diagnosed with diabetes & that's probably where the loss started.  Anyway, luckily I've maintained my current weight (150-155) for the last 12 years so I think this may be where I'm supposed to be.  I know I'm smaller that I was & smaller than many but I still have a little tummy pooch that I hate. No doctors mention it...I'm pretty normal now I guess. But I'm under the impression or delusion that losing 20 more pounds will do something about the pooch.  But the truth is I don't try too hard to get rid of the 20s.  I've been hard on myself all of my life, as most women are, but my effort doesn't really reflect that these days.  I've pretty much accepted that this is me.

The diabetes is mostly gone, thank God. Doctor & I  playing with medications now.  I would love for all of them to go away.

I remember weight guru Richard Simmons talking about growing up & going to a weight loss group (I don't think Weight Watchers) where if you gained that week you had to wear a little pig as a badge.  What a cruel world we live in some days.

I'm pretty sure I've done a weight post in the past.  It's on my mind alot.

I won't judge anyone for their weight but I have a friend that between she & husband they are close to 800 pounds & I worry about them.  My friend takes insulin which makes things worse.  I wish some things would change in their lives.

And I see so many young girls, bigger than I ever was.  I wish I could tell them that it doesn't get better or easier. And to lose their weight while their young if they don't like it.  I'm not judging...just observing.

I've discovered a TV show called 'My 600 Pound Life' & wow...I really don't weigh much.  This Houston doctor performs gastric bypass surgery on large people.  Some works, some doesn't.  Way too many think it's just a magic pill that will solve all their problems.  Some just whine & refuse to get out of bed & everything fails.  Some go great guns. Frankly, most are pretty unlikeable & selfishly expect others to take care of them while giving up their lives.  And oddly a lot of little skinny guys have a thing for really big women.  Don't ask,dont' tell.  Oh, and nothing has ever been their fault.  I don't fully understand childhood trauma because I had the best parents ever but many of these people have had tough lives.  But many don't take any responsibilty for making their lives better.  They want to live in the past.   Oh, and they lie alot..."You gained 25 pounds...are you following the diet"?   "Sure doctor!!  Not one wrong thing has gone into my mouth" (while washing down the Snickers & pizza with a milkshake).

I'm watching one right now & just figured out 1/2 hour in that this person's is a man, not a woman.  Whatever that means these days.  I don't know their pronouns but everyone calls him a he. But he carries a purse.  And he can be he....I don't really care.  I was just surprised. And I'm rooting for him.

I have several friends that went through the surgery though only one I'd think of as really large.  During the little bypass wave that went on at work I looked into it but I was not heavy enough.  I was upset then but am really glad I never did it.  Almost all of my friends that did have the surgery have gained their weight back.  It's obviously not a magic solution.

One thing a person who has never had a weight problem won't understand is that now that I weigh less, I get to shop on the 1st floor in the department stores.  They put the fat girl clothes in a corner on the 2nd floor, like they are hiding the fat girls so no one will have to see them.  Clothes are better now but designers still design for stick figures.

The 600 pound doc says that carbonation expands the stomach.  Another goal...no carbonation.

One thing I hate about dieting & weight loss is that I think about it all the time. What I weigh, what I'll be eating on every meal.   I hate it.

Every post I have made about weight has had a pig picture.  Why are we so hard on ourselves?

I'm 65 now.  And never ever really beating myself up again about the weight.  I do the best I can.