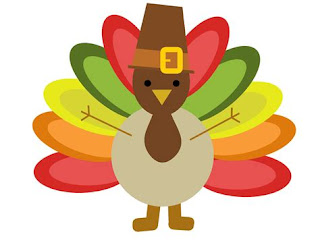 Welp, made it through another Thanksgiving.

For the past few years, I've hosted my friend Deborah (and my cousin a couple of times) and cooked almost everything.  But this year,I decided I did not want the chore or cost of a dinner.  We went to Saltgrass Steakhouse instead. They had a turkey & dressing special but luckily they were doing a full menu too so I had a New York Strip & baked potato instead.  It was yummy.

My friend insists on paying cash everywhere while I use my credit card. (Gotta get those points!!).  Our dinner was the same price but because we did not explain well, they took all the cash to pay the actual bill & charged me the best so my friend did not get her change.  Luckily, she didn't Karen out & confront the waiter.  She assumed he'd padded his tip.   She maryrs through it feeling she'd been ripped off & it was all a matter of bookkeeping.  I figured out what happened after I thought about it for awhile & texted her to tell her I figured it out. (She was at family's house, no call) but she texted & maryred again saying it's all good...& pretty sure she still thinks she's a victim here.  The truth is I owe her the difference in what I paid & what I should have paid.  Hopefully she'll figure it out & not blame the waiter or the restaurant for ripping her off.   Sadly, she tends to be a drama queen & figure everyone is out to get her.

And I was going to leave a $20 tip which confused the hell of her.  But it's Thanksgiving & even this young man was probably getting paid ok, I appreciated him working so I didn't have to.  Friend questions my tipping alot but I'm a generous tipper.  And I was going to let her leave her own tip but she reluctantly gave me $10 so she ended up paying half.

When I got home, I made my mom's fruit salad--apples,oranges,bananas,pecans & whipped cream.  And I had a cherry pie that my realtor gave me for Thanksgiving.  Mom usually made a cherry pie too.  Basically, this part of the day tasted like home.

I heard from Steve & Hope & cousins Glynneth & Judy & friends Dal & Kaye & Joe & I have a job to go to in the morning & have contractors who showed up this week to work on my house & tomorrow is payday & I am watching Great British Baking &  had a great lunch with a good friend so I'm pretty blessed.

It's all pretty good.

- November 24, 2022
Email ThisBlogThis!Share to TwitterShare to FacebookShare to Pinterest