So My Friend Is Mad At Me 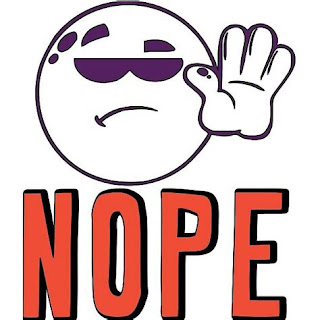 I need some fascia boards replaced.  That was my goal.  I had a guy (in my phone as Marty the Snail) who tried to get the job but he kept putting me off, mostly because he didn't know what he was doing.  First he & his son were going to scrape the fascia & then we talked about replacing them.  He kept putting  me off & when I called him about it he said he needed help from a building contractor & they'd be by tomorrow.  I spent half of my day off waiting for them & then he called 2 hours after he was supposed to be there on Saturday because he knew I was off again.  I told him to forget it.  He was talking about replacing not just fascia but the siding on the house!!  I could afford the fascia, not redoing the whole house.  He argued but I told him I was done.  Today he sent me the names of a couple of contractors who could do the job.  He did not say it but he wanted to get some general contractor money off the referral.  I thanked him & told him I'd found someone else.

And I have.  I put a post on a social media app called Nextdoor asking for a contractor & a guy came by on Saturday, at the time he said he'd come.  He gave me an amazing price to do the fascia, repair any sofit, repair the siding & paint the entire house.  I have new windows ordered to be installed in February & I'm basically going to have one snazzy house.

So her is the friend part. My friend wants the contractor's name so he can build little  "cat houses" in her backyard to house feral cats in the wintertime.  And I'm not giving it to her.  I don't want him to feel like he has to take a job where he's going to make little profit because I refer him.  And there was a problem with the last contractor I sent to her that she did not cause but she kind of got in the middle of.   And I'm selfish in that I'm tired of doing all the work to find someone & then because she doesn't take care of her home she takes up all of their time with piddle ass stuff & they don't have time for anyone else, mainly me.  She told me I hurt her feelings by not sharing the info.  But I stood my ground. She needs to invest the time in finding her own contractors.  I told her I found the guy on Nextdoor but she won't download the app because she's pretty sure everyone is looking for her private info & she doesn't want to remember another password.

So, I was basically a bitch today.  In the old days I'd hate that but sometimes it's necessary.  But I'm taking her lunch tomorrow. And we are not talking again about contractor poaching.

- November 14, 2022
Email ThisBlogThis!Share to TwitterShare to FacebookShare to Pinterest