Rain. I barely recognized it!! 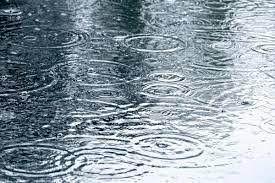 It been months since we had any significant rain.  Maybe 3 storms in the past 5 months?  It's horribly sad.  I'm not a farmerr but I hope it's not too late to plant.  It's not good, that's for sure.  Today's rain came out of nowhere.  The news guy at lunch said maybe but  yeah, right.  He's said that before.  But til it's falling from the sky I don't believe it.

I was thinking as I watched water flow down the street...as it's designed, to go toward the place where it heads to a playa lake.  It's a city thing.

I grew up in the country, mostly.  We lived in town for a little while when I was growing up but even there was dirt roads.  I used to love watching the water either sit on top of the ground, waiting to soak in or if there was a lot of rain, it woud flow down as the ground went.  Sometimes it would even bring out little frogs everywhere!  And in the country, the smell was fresh & clean but sometimes in the city it smells more like wet dirt & grit.

It's gone already & God only knows when we'll see it again.  But I was happy because I was about to go water my tomatoes & peppers & God said, "I've got you!".

Did I mention we had rain today?

- June 28, 2022
Email ThisBlogThis!Share to TwitterShare to FacebookShare to Pinterest