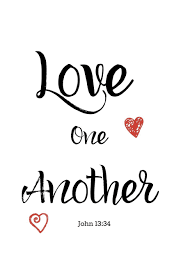 I am a self proclaimed judge show junkie & have been for years.  I record a couple everyday & watch a couple of minutes to see if I want to watch more.

If a dumbass woman loans men they've known a week money or buy them a car normally just make me ashamed to be a female & that someone possibly  associates other women with them.

Neighbors fighting over trees or noise are outta here.

Used car sales are occasionally interesting, especially if they involve New Yorkers.  As a lot, it appears they'll buy any car--2003 Chevy Cavalier with side dents, check engine light on, 3 tires, death rattle, no title & have to start it with a screwdriver?  Only $4000??  They're in!!   Some are not this interesting.

Normally I watch crazy older people or bitchy queens or fighting divorcees if they're interesting.

So the other day I watched a nice lady who worked at the post office & one of her customers told her he could get squatters out of her house in a week for $500.  He filled out the paperwork all wrong & she ended up having to do it all herself.  She gave him $50 for his time but he wanted the entire $500.  He didn't win.  He said he didn't do this for a living but was just doing it to "earn a little extra money", something a lot of people could use these days.

We have a neighborhood app where people ask for a lot of things...food, gas money & to their credit odd jobs so they can earn a little money.  I do what I can although I only give cash if they work for me.  I always have extra food because I am my mother's daughter & I could basically cook Thanksgiving dinner without going to grocery if technically you don't care what you eat.  Like my mom, no one leaves my table hungry.  I even filled a guy's car up with gas & took food because he said they had none til the first.  But then both he & his wife showed up at the 7-11 to pickup & get filled up...and the wife had called in sick to come get the donation.  So basically every other request is looked at twice.

There is a guy who sits at an intersection selling candy apples every weekend.  And Amazon Marketplace if full of people selling dinners & cookies & pies.  People are doing what they can for a little extra.

I remember my mom telling me a story from back in the 40s.  She & daddy had been married just a few years & they lived on a ranch about 40 miles from town.  She had my 2 older sisters already, both toddlers at the time. It was about the 25th of the month, daddy didn't get paid til the first & she'd used her last cup of flour to make biscuits that morning.  And the pantry was empty.  She said the girls were asleep & she sat at the kitchen table & cried & prayed because she did not know how she was going to feed them the rest of the month.  And then there was a knock on the back door.  A man was standing there & told her he'd heard she had an old refrigerator for sale.  They did still have it.  They'd only had money to put an ad in the paper once, about 3 months ago. They didn't have a phone but someone in town had told him about it & he'd driven out to see if by any chance they still had it.  He paid her $20 & hauled it away & the next day they'd gone to town for groceries.  She was convinced God had sent that man as an answer to her prayers & I'm pretty convinced too.   That was the beginning of my mom always having extra food, to never again run out & share if needed.  It was the beginning for all of her daughters doing the same thing.

Ok, to quote Niles from 'The Nanny', I need to put my hands back on the steering wheel because I've been swerving.  I'm pretty sure I have a point...We are all hurting. A lot of people need a little extra money.  We need to respect that & do what we can for each other.  We need to center our lives in prayer.  We need to pray for our country, our families, our neighbors, total strangers.  We need to have faith that those prayers will be answered, sometimes in the most unexpected ways. We need to do better.

- April 10, 2022
Email ThisBlogThis!Share to TwitterShare to FacebookShare to Pinterest