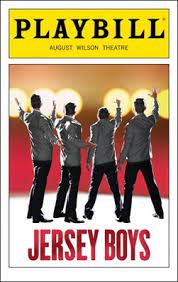 I will admit to a strange & expensive obsession with the stage show 'Jersey Boys'.  It started when I saw the movie in 2014.  It's the story of Frankie Valli & the Four Seasons, a pop band from the 1960s.  I'd sang out loud to their music for years but I truly didn't know much about them.  Frankie, Tommy Devito & Nick Massey were neighborhood friends who decided they wanted to be in show business & later added Bob Gaudio who wrote most of their songs.  The story shows their rise to the stop & the ultimate break up of the band.  Along the way they get into trouble with loan sharks (well, Tommy) & lose their families & their friendships. But at the end, Frankie Valli survives & I think he's still recording & Bob is still writing.  Tommy retired at the request of the mob he borrowed the money from & Nick Massy died several years ago.  At the end of the show, after all of the ups & downs, we see them being inducted into the Rock & Roll Hall of Fame, performing one final show together.

I cannot explain why I love the show but I do.  The language is a little crude.  OK, a lot crude.  But of course, that's the thing these days.  Gotta get as many "F" words in as they can to make them edgy.  I heard complaints about the language at the show last night from a mostly even-older-than-me crowd.

I've seen the show now in Austin, Las Vegas, Amarillo & Lubbock.  Last night was definitely the most expensive outing & poorest of the performances although I fully enjoyed.   I in fact spent all of my April discretionary budget on the ticket.  I'd waited til the last minute, hoping for a day-of-the-show sale but no dice.    My seat was pretty far back so I could not see any faces but the sound in the new Buddy Holly Performance Hall was really good.

I'd see the show again for sure.  Back to the language issue, even in Amarillo, a pretty hearty cowboy town I heard rumblings.  And the next day, the show was headed to Abilene, a smaller, conservative  city with 3 Christian Universities.  I always wondered how they went over there.

Oh, just a side note...I used to like the Playbills.  I liked reading about the cast & the show & of course, to take a picture of for my blog.  But they don't print them anymore.  I saw a sign that either gave me a website or QR code (I didn't really pay too much attention, obviously) where I could download a Playbill.  I get saving trees but for the price of the ticket we deserve Playbills in our hands. Just print 10 of them for those of us who care.

I'd been to the hall once before to see Alton Brown in June.  I enjoyed Alton but I went with an overlayered clothes friend who started at the door whining because they had a clear bag policy that had us walking back to the car to leave purses. Then she sat there talking about how she'd have done the hall better, as a "theater" person...she pointed out everything she'd have done definitely.  Then she got hot.  I told her to get something to drink but "I can't because I don't have my purse!".  I handed her my wallet & told her to knock herself out but of course, that would have cured the martyr drama she was having & she refused. Then she TOOK HER SOCKS OFF in the middle of the show & ended up needing the keys to the car & missed the end of the show.  I told her she could just leave & I'd call here when the show was over but martyr drama struck again.  She'd just sit in the car!!  And have half a dozen cigarettes. I was annoyed, to say the least.   No surprise, I did not mention the show last night because I'm never going anywhere except lunch with her again.  And she wouldn't really be surprised by that. 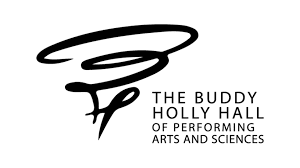 - April 05, 2022
Email ThisBlogThis!Share to TwitterShare to FacebookShare to Pinterest