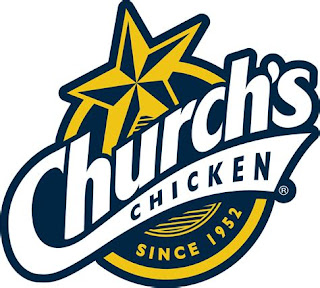 As I've gotten older I find that there are a lot of things that I used to crave that I absolutely don't anymore.  Pizza, McDonalds,Burger King--basically, ick.  I also used to love Chick Fil A when they were just in the mall & always thought if I had one in my neighborhood I'd eat there a lot.  Now I do have one, rarely eat there. The one thing that I still absolutely love is Schlotzskys but even that's a couple of times a year.  They're all the way across town.

My mom loved fried chicken, mainly because my dad didn't like it so if she was in Lubbock, we always ended up with fried chicken one way or the other.  At the time it was KFC, Church's, Gandy's.

The thought of KFC turns my stomach.  I can think of 3 or 4 locations that are still open here but I never see any customers there.  I don't know how they're still open.

Church's is a company based out of south Texas that does more traditional fried chicken & I like them better than the others. In fact, I was craving a piece of chicken today.  I ordered 2 breasts so I'd have left overs but they were so over cooked & greasy that I only ate part of one. And today sealed the deal.  I can't imagine ever craving them again after today.

Gandy's was a restaurant & they had good sides & rolls but near their end they stopped cleaning & eventually just died on the vine.  Their old building sat for years & deteriorated. I figured they'd have to implode it to get the nasty out.  A local company finally bought it & rehabbed it & opened it as a breakfast & lunch place.  I miss their rolls.   This was mom's favorite before they turned into a trainwreck.

I occasionally buy a piece of chicken from Popeyes or the grocery & both are better.   I noticed this week  that there was a Popeye's down the street from me, across the street from a KFC & now it's an empty parking lot.  In the chicken war, did KFC win on that corner?😱

I appreciate the train wreck chicken today...glad Church's is out of my life.

Odd sidetrack...the Church's had a sign on their window that said something like "get paid after every shift".  I asked the woman working the window if she really got paid every day?  She said she didn't...and "that's for the kids".  But what an odd thing to me.  I've almost always in my adult life been paid every 2 weeks & budget accodingly.  For the 1 year I worked for "Legacy ATT" I was paid every Friday.  And now as a retiree I get paid technically once a month though I get a pension & social security about 2 weeks apart so really back to every 2 weeks.  Budgeting can be done but it takes a lot of mind rearranging more than anything.  But I think getting paid every day would be a complete disaster.

- December 01, 2022
Email ThisBlogThis!Share to TwitterShare to FacebookShare to Pinterest