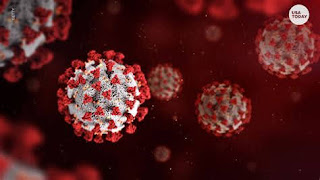 Geez...where to start about this.

Covid 19 is a virus that appeared out of nowhere at the end of 2019.  Stories about bats & China were everwhere, causing all kinds of brouhaha but I don't think anyone actually knows where it came from.  And almost 3 years later it's still not gone. The main word heard is "pandemic".  In March 2020, Donald Trump was still president. Again, no one knew what went on.  He was a little slow getting thing started, thinking it would just go away.  Then he put Dr Fauci & Dr Birx on TV every day starting with "14 days to slow the curve" & then that didn't work so they put us all in masks & shut down our country.  Our country stayed 6 feet apart & closed down schools & avoided crowds & families.  And people still got sick & some died.  Too many but the truth is it was really no more than usual.  And if a person had Covid & got hit by a car & died it waas listed as a Covid death.

In early 2021, vaccines were quickly developed & approved for general use.  Normally the tests take years but these rushed through.  I got one in January 2021 hoping it would keep me from getting Covid. And later I got 2 boosters.  I may or may not have had it.  In Nov 2019 & I had an upper respitory something that had me coughing up my guts.  My doctor could not figure out what it was & no meds seemed to help.  I had it for about 2 weeks full blown & it lingered a little longer. It may have been Covid before anyone knew what it was. I'm not sure the shots were necessary because I think I had immunity.  But we'll never know.

Our 2 weeks to slow the curve became a whole year.  Thousands of businesses closed because they could not have workers or customers.  Schools went on the internet. Working at home & delivery of everything became the norm.  People could not see their families in their homes or nursing homes or hospitals.  While the term "we're all in this together" became the catch phrase we really weren't all in this together. And the other term is "new normal".  Argh.

So as things went on, I figured out what is going on.  The pandemic is a "PLANDEMIC".  The government was controlling everything.  Business openings, schools,masks,vaccines. People losing their jobs for refusing to take vaccines.  I honestly believe it is a plan by the government to bring Americans to their knees. The welfare system is no longer enough.  They want us completely at their mercy.  And I'm done...no more vaccines, no isolating in my house & someone is going to have to sit on me to put another mask on me.  Not happening.

Oh, and the swiftly pushed through the vaccines are causing problems with hearts & ears & other body parts.  It happens without testing.  Que sera,sera says our government.  Shit happens!

Covid is still around with different variants that of course require different boosters for the vaccines. But it's no longer a big deal.   The administration has moved onto different things. And to be fair, I do believe treatments are more effective.

I read an article today about a man in San Francisco who had been vaxed to the hilt & was a "Covid hermit" for 2 years & then he went to his sister's birthday party & got it.  He was coughing & had an extremely high 100 degree fever!!  No one was ever as sick as he was.  All of the doctors & pharmacists refused to help him.  But he's still alive.  And probably back in his cell.

I can't help but think what a waste the last 2 years of his life have been.  If he'd gotten sick earlier he'd probably have immunity.  Instead he avoided life for 2 years & got the virus anyway.

I always said I was glad my dad was gone before all of this got here.  He was a very social man & isolation & loneliness would have killed him before any virus could have.  Humans need humans.  Shutdowns hurt more than they helped. No one will ever do that to me again.

- September 06, 2022
Email ThisBlogThis!Share to TwitterShare to FacebookShare to Pinterest