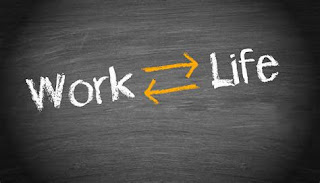 I've been pretty lucky in my life, especially in my working life.

I had a couple of summer jobs after high school.  I can't exactly remember which was first.  I worked in the office of the City of Spur being a gopher.  I printed a lot of water bills.   The other job was working at a sewing factory where my mom worked.  I worked in the "clipout" department...snipping threads & checing with flaws.  I actually spent a lot of time shipping off belt loops.  Oops.

I didn't have a job (or a car) in college.  Because of my dad's age I got student benefits from his social security.  About $240 a month.  I was kind of rich!

After college, I worked at an answering service called Stenocall. It was a nice place to work...I woked 7am-3pm with really nice people.  We got 2 days a week off but usually not consecutive. And one full weekend off a month.  Seniority made the schedule better but I never made it to much seniority. The only bad part I didn't like was that I had to wear a dress to work every day.  The owner had a thing about that even though people rarely saw us.

I applied for & got a job at Southwestern Bell in September, 1980.  I got hired with 2 years pay because of my college degree.  I didn't make much more than I did at Stenocall to start but I got a raise every 6 months for 2 years & went from rags to riches.  It was a good & profitable move.

The US Government decided the Bell System was a monopoly & decided on "divestiture" set for 1-1-84.  We had choices on going to AT&T, the equipment side of the split or Southwestern Bell, the network side.  I was ready for a change, and in a start of stupid decisions, I went with AT&T & moved to San Antonio in October 1983.  It was different.  I had a nice apartment.  I met some nice people. But I was miserable.  I had no real friends. And I was not built to see my parents twice a year.  I quit in Ocober 1984.

I moved back to Lubbock & went back to Stenocall for a few months.  And then I got hired by the Lubbock Police Department as a dispatcher.

Police dispatch was an interesting job.  At first we dispatched off of manual call cards & kept track of officers with card slots & a notepad.  Later we got computers to keep up with calls & officers & 911.  Again, I met some nice people & met my good friend of 40 years D.  But it was a job that after just 4 years for me sucked the humanity all out of me.  And I hated it by the end...and then my friend called & told me Southwestern Bell was hiring again.  I started there agin in 1989 at near bottom again but again went from rags to riches again.  I worked there I retired in 2010.  I was almost 53.  It was early & I took a penalty but even though I never hated my job & mostly didn't mind it, I'd had enough.   I'd worked there steady all of the years partly because I knew there would come a time where I'd need to provide a home for one or both of my parents.  I truthfully always thought it'd be my mom, who was 15 years younger than my dad but she passed away in 2003.  I moved my dad in with me in 2007 when he was 93.  He passed away in 2009.  Without them, I made the decision to retire.  I never really did have a plan.  It'd thought about moving awaay, having new adventure but instead I worked at Walgreens seasonally & then got hired at Lubbock ISD.

At Wright Elementary, I was a teacher's assistant in an alternative classroom for a year & a half & an attendance clerk for a year.  Then the principal retired, the school secretery & nurse got transferred & they weren't leave me there alone...so I quit in 2013.  My somewhat plan was to move to another city & start over fresh. I sold my house.

Then I got offered a job at Texas Tech University in communications services.  It was a very nice job.  Way more laid back than my previous jobs.  The job was easy though as with every job there were idiots.  And people who took advantage of everything.  Come in at 840 for an 8am shift, taking an hour & a half lunch, leaving 20 minutes early.  But it wasn't a huge deal.  I liked my boss.  Coming from Bell, a job where we were expected "to be there everyday, on time" it was again, very lax.  The first time I called in sick I felt guilty because that was the way I'd been conditioned.  And my boss said if I'm not coming in I can just text.  It was very foreign to me.   I lasted 2 years.  Then I just got the happy feet again...and moved to Las Vegas.

In Las Vegas I went to dealer school.  And I got a job but only worked one shift.  My nerves were overwhelming & I couldn't do it.  I quit & came back home to Lubbock. I worked at a grocery store for a few months & then decided I could make it without a job.  And I did til August of this year.

I was just putzing around & went to my favorite kitchen store.  And K, the owner was saying she needed to hire someone to work in her one person shop.  I said I could do that.  And I started August 11.  I work only 15 hours a week & I absolutely enjoy it more than any job I've ever had.  $10 an hour & a 25% discount.  Gonna stay as long as I'm physically able & as long as I'm happy.

Money is not a huge deal to me & never has been  I have enough.  We'll see as I get older.  Technically I don't need to work.  My salary is going into savings.   Need some house repairs soon.  I needed money when I was younger but I have a home I can afford & I put savings in every month. But I don't have to have a 40 hour chase anymore...I can do what I want.

It's a good life.

- September 17, 2022
Email ThisBlogThis!Share to TwitterShare to FacebookShare to Pinterest