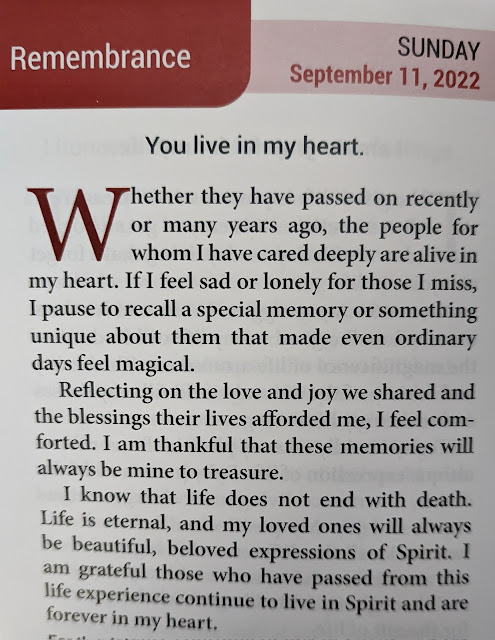 My friend K died this week.  Details are sketchy.  All I've heard is gossip but the last one is that he drowned in the ocean at South Padre Island.   I hate that he died of course but if this is true it's worse.  He was not a strong swimmer & scared of the water.  He would have been terrified & I hate that.  In my eyes a heart attack would have been quicker & less scary for him.

I've known him for 25 years or so.  He used to work at a furniture store & he was my salesperson.  And then a little later I met his partner R at work & K eventually came to work at my company.   We all retired from there.

There was a time when we were really good friends. Lunches, dinners & traveling together several times.  We suited each other...up at a reasonable hour, good breakfast, could go almost all day before stopping to eat.  We liked site seeing.

Then in 2017 we went to Hawaii.  We ran & ran & saw everything there was to see.  And had a great time, mostly.  I had a hard time adjusting to the 5 hour difference.  It was bedtime at 7pm!!  And I had trouble sleeping & eating & I developed a toothache.  When we got to Honolulu I saw a regular doctor who didn't know exactly what was wrong but gave me a pain killer.   While it helped with the pain it added to everything else...no sleep or ability to eat.  So by the time the trip was over I was miserable.

There were a couple of other issues too.  Remember, this is all my point of view.  We would all be out just walking around....in a store, in a mall, just on the street...and we'd all be together & I'd look up & they were gone.  Like I wasn't with them at all.  And not a word to me.  I'd have to go find them.  If they'd have wanted alone time I would be fine with that.  Just tell me!   And then on the last day...I asked if they'd printed our boarding passes & K said "I printed ours!"....but not mine.  It wasn't a huge deal of course.  We had reserved seats but K & R both know if I'd printed first, I'd have done them all.  And, childishly for me I know, that was the final straw.  And I changed seat.  I was scheduled to be between them for the 6 hour flight to Phoenix & I absolutely knew I couldn't stand it.  I ended up between 2 strangers but it was easier.  And they had a stranger between them.  And when we got to Phoenix for our layover they went to eat & I still couldn't eat so I didn't go.  And I changed seat on next flight too.  When we got back to my apartment K was, "ah, come on...need a hug"...I hugged both & that was it.  I'm sure the words about me at the end of the trip weren't kind.

I saw my dentist the next day.  By the time I saw him my body was in distress & my mouth was full of blisters.  One of my teeth had cracked in half.  We had to do anti-biotics to heal my mouth so he could pull & dig the tooth out.

I needed to give K&R some cash for the car park & took it to their house.  That was the last time I really saw them, save for a wave at a restaurant & a basketball game.  My heart was broken.  I can't say it's logical but it is what it is.  Last year I wrote 2 letters to former friends asking for their forgiveness & telling them I held no animosity for them.  And I told them I didn't need or expect a response & I didn't get one.  We were done.

So now K has died.  I called & left word on voice mail for R to say how sorry  I was.  He sent a text back saying thanks & "maybe we can do lunch when this is all over".   I said "Sounds good.  Love you both".  And I do still love them but it'll never be the same.  Visitation is tomorrow night & funeral is Tuesday.  And I've decided not to go to either.  Visitation would be R & K's parents & old co-workers & all of that part of my life is over & I don't want or need it back.  I'm working on funeral day.

I've thought about all of this since I heard the news.  The truth is I'm still hurt to my core. And if I've figured out anything as I've gotten older it's that I can't have people in my life who hurt me.  It's completely selfish & all me,me,me but there it is.

- September 11, 2022
Email ThisBlogThis!Share to TwitterShare to FacebookShare to Pinterest