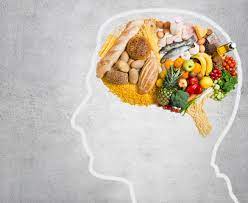 Gosh, I know it's hard to believe that I have food issues.  I've been overweight all of my life.  I have horrible eating habits. I used to like to cook but now I go for the easy stuff.  I'm more likely to have cereal for supper than cook something. I eat too much junk food.  But, I have weighed 70 pounds more & have maintained my current weight for about 12 years.  I'd like to lose 20 more pounds but that's probably not happening & I'm actually ok with that.

But I was reading an article last week about food hoarding.  And that definitely applies to me.  I inheirited that from my mom.  But she grew up in the depression.  She went through hungry times.  When times were better, she always had a lot of food on hand. Plus, we lived in the country & there wasn't a grocery store on every corner.  And she liked variety.  On her table would be 10 different bowls of something but not much of anything.  There would be meat & cooked veggies but also a bowl of tomatoes & cantaloupe & cucumbers.  Lots of choices.  And I read just yesterday about a woman who got charged 2x for an all-you-can-eat-buffet because she got so much.  My mom was like that sorta.  She would get a lot of things but she didn't eat anywhere near all of it.  She liked choices.

Dang I miss my mom.

But I always have a lot of food.  If you weren't too picky and was ok with no turkey, I could make a Thanksgiving dinner on any given day.  For someone who doesn't cook, it's definitely a strange issue.  And it gets stranger because as I've gotten older, not much sounds good.

One of my new year's resolutions every year is to stop buying so much food. I don't eat a lot of canned goods but I have them.  Although, right now, not a whole ton of them.  Tonight I cleaned out my pantry & put several in my donation box. And I have not bought any in awhile unless I specifically needed something for a rare recipe I might be cooking.

And I've stopped buying packages of meat...I buy a single chicken breast or pork chop or steak out of the case.

And I limit how much produce I buy because it tends to go bad.

Tomorrow I'm going to brown meat so I can use it later to make tacos & spaghetti. Even though I don't cook much anymore, I'd rather eat at home. Eating out is expensive right now & again, nothing much sounds good.

I'm trying to eat my way through my freezer before I buy big groceries.  I have taken to buying milk at Braums because they are reasonably priced & I don't have to go to big grocery store where there are more temptations. And I do some shopping at Target where choices are limited.

So I'm doing some self therapy to help solve my food hoarding issue.  I hope it works.

- July 16, 2022
Email ThisBlogThis!Share to TwitterShare to FacebookShare to Pinterest