Who Is The Victim? 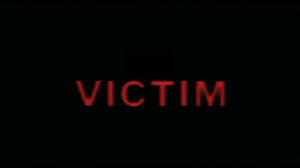 Several months ago I heard Megyn Kelly interviewing a poet named.  I missed most of the interview but Megyn said he was a great photographer & a good Twitter follow. Apparently lots of people took her advice.   I think I remember him tweeting that his follow count had soared after the interview.  I followed him.

He does tweet a lot of nice pictures.  His tweets are pretty calm.  He tweets poems often & talks about a solo  & a spiritual life  He doesn't like people or going out.  And he talks about being "cancelled" by "woke" people a couple of years ago.  He portrays himself as the victim of 2019.

I Googled him & what a story I found!  The account talks about his alcoholism, that he had an affair with a married woman & after they broke up he sent an anonymous messaage to her husband telling hubs that his wife was having an affair.  He finally admitted to hubs he was the other person in the affair.   He admits to this so far.

Then the woman went after him...found other women, mostly poets, who he'd allegedly used & abused & they accused him of using his influence in the poetry world to get them basically blackballed with publishers.  Then they went after his publishers to get his contracts cancelled.  One article says 20+ women.

Who is the liar here?  After reading everything, not sure Poet is the victim here.  There is a lot of animosity here for sure from the ex-girlfriend &  maybe the other 19 women.  Either way, I don't need to know anything else about him.  I'm unfollowing.

- July 12, 2022
Email ThisBlogThis!Share to TwitterShare to FacebookShare to Pinterest