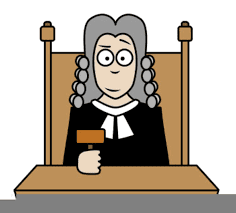 I'm an admitted judge show junkie & Pluto TV now has an entire 'Judge Judy' channel & some of the cases are 25 years old--an era of no cell phones, pagers, phone cards.  How far we've come!   Now everyone is suing over cell phone plans.  But that's not really the point here.

I wish they'd have where-are-they-now blurbs. I'd like to see some of these idiots 25 years later.

Way too many cases are thirsty women giving a man "thousands of dollars" because he promised he'd take care of them forever. I realize my perspective is tempered by being an almost 65 year old never married woman but women need to learn that no one takes care of them but themselves.  And I believe a woman should always have a separate bank account & money set back so they are never in a position where they can't afford to leave. Then they go on court tv trying to get money back & then for moving expenses.  Idiots.

Today July 14--16 year old gave her 23 year old boyfriend money.  Her mom let her jail bait daughter date this man "because he had the maturity of a 19 year old".  Idiot GF did not fall far from the idiot mom tree.

- July 14, 2022
Email ThisBlogThis!Share to TwitterShare to FacebookShare to Pinterest