A Good Day Out 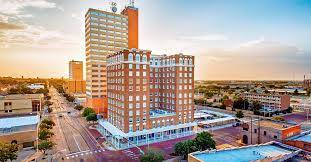 I will admit that I've never been a social butterfly.  I'm not a shopper & have never been a big fan of flitting around when I don't necessarily have a place to go for a reason. But sometimes I find myself just wandering.  I would like a companion but I'm ok with my own company too.

So today...I had a dentist appointment that had an insurance hiccup & had to reschedule.  Then I went to the nearest library to return my book. I dealt with a nice young man &  was waiting for another book but it had not been transported from downtown library so I decided to go there.  At the downtown library I just went to desk to pick up my book.  A little girl in line said, "I've never been to your house so I don't know your name!".  I told her my name is Billie & asker hers.  She was Isabella.  And her sister was Zayla & her brother Caleb.  I love how kids have no filters.

I had asked the lady at the desk about their book drop outside.  It looked like it was closed up with tape...she didn't know.  She probably passes it everyday!  People are sometime so inattentive!   As I walked out I went to read the sign.  The book drop was not blocked.  It was decorated for Shark Week.  🦈

I left at 12 straight up so I called my cousin Dan who works downtown to see if he had time for lunch.  He did!   We went to Giorgio's pizza & Dan bought!  For the record, that was not my plan. And I ordered the lunch special...2 large slices of pizza, each the size of my head.  The crust was a little overdone but the company was good.

On Wednesdays at noon, there is music on the courthouse lawn.  I only caught the end but today was a guitarist & singer who did a great job.  There were food trucks & I love food trucks.  We'd had lunch of course but there was a snow cone truck & I got a blue coconut & it was delightful.  I asked my cousin if he wanted one but he started with "if you've ever had real Italian ice..." & I told him he was a snob.  I'm the only person in his life that tells him that & he likes that.  But it saved me $4 for his snow cone.  Then I just sat on the curb & listened to the end of the music.  Maybe I'll go again next week.

Afterwords, I went down to a sweet local bookstore where I can normally have a nice conversation with the owner.  I browsed a little but she had a young woman working there who was not very welcoming so I moved on.

Then I went to Office Depot & bought colored pencils & sharpener because I'd like to start coloring.  But they didn't have any coloring books so now I get to go find something fun.

Then I decided to give blood.  I went in & gave plasma (for free, at the blood bank).  That actually may have been a mistake but it was fixable.  They took from my right arm, the healing broken wrist arm. All of the squeezing may have helped but there was a little pain. And apparently I have a cold heart because they always have to pack me with heat to get blood out of me.  We started with heatpacks on top & under my hand. Then on my other hand. Then a heating pad & finally a blanket & we finally got done.  I got my Diet Dr Pepper & cookie & felt fine when I left. But driving home I got a little light headed & by the time I got home everything was fuzzy.  I went outside to water & wasn't sure I was going to make it inside.  I was hot & dizzy & made it to my bed & dropped on face first & cooled off & slept for about half an hour.  Then I was fine.  I should sleep well tonight.

This has happened before and I'm usually dehydrated & hot.  I need to take better care.  Not sure about giving blood again.

The point of this post is that I had a great day out & needed it more than I knew.  I have to work harder on getting out. The more I isolate, the worse it is for me mentally.  Those are words I don't like to admit.  But just like hydrating & staying cool, I need to work on that.

- August 03, 2022
Email ThisBlogThis!Share to TwitterShare to FacebookShare to Pinterest