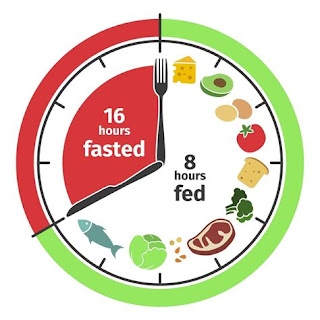 I was reading an ad-article on Twitter about an eating plan called intermittant fasting.  It had a questionaire that actually got pretty far before it wanted to sell me something...it says I should be able to lose 23 pounds by the first of March.  I don't necessarily believe that because I did not gain 23 pounds in 3 months so I'm pretty sure I won't lose it in 3 months but I'm going to see what happens.  Basically, I can eat anything I want (within reason) in an 8 hour period & fast for 16 hours.  In truth, I pretty much eat like that anyway but normally my favorite snack is about 8pm, an apple & some yogurt.  But I started yesterday tightening up my schedule.  Yesterday was tough, I won't lie.  It's not true of course but when dieting (bad word...very un-PC) but at least at first I feel very deprived & like I'm going to starve to death.  It's pretty funny really.  I was hungry last night but that was mostly because I couldn't sleep so it was a long night.  But I lived til morning. 😅   And today was better because I had a big lunch, for me.  It was my nephew's birthday so I had BBQ brisket & a baked potato & peach cobbler.  I finished it for supper.  I don't eat out much.  Days at home are going to make things more interesting.

My window is I eat between 10am & 6pm...an 8 hour window.  And I don't eat after 6 which I rarely did anyway because I have tummy issues & have trouble sleeping. The theory is that the body uses the incoming calories during the eating hours & when they're gone it starts eating up fat cells during the fasting times.  Again, it sounds crazy & too easy but it can't hurt to try.   And I read real articles, like from Johns Hopkins.  And they say it works.

"One of Mattson’s studies published in the New England Journal of Medicine revealed data about a range of health benefits associated with the practice. These include a longer life, a leaner body and a sharper mind."

I need all of those things.

- December 02, 2021
Email ThisBlogThis!Share to TwitterShare to FacebookShare to Pinterest