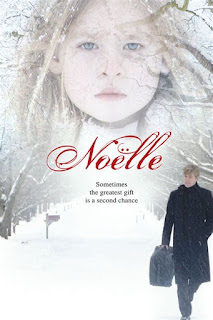 It's Christmas Eve & I was scrolling through the hundred's of streaming service for a Christmas movie.  I'd never heard of this one.  The description says "A priest arrives in a tiny fishing village the week before Christmas to shut down a dying parish...and beomes entangled in the lives of the town's eccentric characters while learning the power of forgiveness & redemption".   I'm thinking that was written by either the writer of the movie or by someone who had not seen it.

The original name of the movie appears to be 'Mrs Worthington's Party' for some unknown reason.  Marjorie Worthingon is a character but she doesn't have a party & is not a Mrs but an unwed mother-to-be who tempts the original priest & the priest arriving to abandon their collars.  She doesn't have much of a personality & is not a beauty people write sonnets about & there is not enough interaction to warrant any declarations of love.    Also, there are not many eccentric characters...just older parishioners.  While the first priest sees them as family, the 2nd priest doesn't like people.

Basically, there is no story.  And the movie basically sucks.  I did watch hoping for something to happen.  I watched for 'Noelle' but I guess we got Mrs Worthington's party, again whatever that means.

Not sure where it was supposed to be set.  I had expect an English thing but there are no English accents.

The actors all have limited credits.  The guy who played the human hating priest wrote it.  He has a Robert Redford vibe if you forget to put your glasses on.  The 3 main actors are the producers.  I'm not sure at all how they got this travesty financed.  I seriously got a 'Billy Jack' flashback from this movie...a bad actor writes a bad movie & hires his equally untalented wife & best friend.  I sincerely hope they all have day jobs.

It's been awhile since I've found a movie this crappy.

- December 24, 2021
Email ThisBlogThis!Share to TwitterShare to FacebookShare to Pinterest