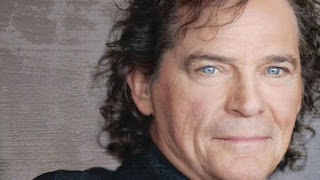 B J Thomas has always been my favorite singer. I was probably about 12, in 1970, when he came into my orbit with 'I Just Can't Help Believing' & it's been my favorite song from the first time I ever heard it. I like every song of his that I've ever heard. There might be a dud somewhere but I've never heard it.
During the late '60s he had some issues, some drug & maybe alcohol but in 1975 (according to Wikipedia) he became a Christian, cleaned up his life & saved his marriage of (now) 53 years. I think he was the first concert I ever saw live, a Christian show at the Lubbock Colesium in about 1976 & I was over the moon. He recorded a Christian album called 'Home Where I Belong' which I probably wore a needle through. And it's a song that I ask Alexa for even now. I also lucked out big time one Sunday afternoon, several years ago, while reading the Sunday paper (yep, that long ago!) & saw he was going to be at the Cactus Theater that night for $11. I went down there by myself & was standing in line to buy my ticket when a nice man gave me a ticket next to his family because his daughter couldn't come. He still sounded great.
Today he announced that he has stage 4 lung cancer & I am heartbroken. He'd smoked til 1988 but 33 years later the cancer comes. I try not to say "It's not fair" too often but in this case it just isn't. I'm 63 & am already experiencing way more loss of friends in this life & I know it'll increase as the years go on but I love this voice & it hurts. I'm glad his recordings will let the voice last forever.
Guess I'll go now & ask Alexa to play me some BJ Thomas. 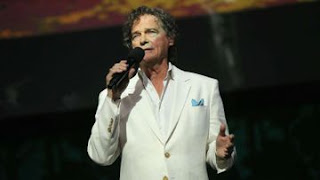 I wrote about him when he announced he'd been diagnosed with cancer a couple of months ago & yesterday he died. I'll say again...he was my favorite singer ever. I realize how lucky we are these days just asking Alexa to play his music & there it is. In the old days, my stereo was my most love possession & BJ's albums were always in the stack. The love is still there even though the playback has changed. This world is lucky that BJ was here & is poorer because he's gone. I loved him Most of All.

- November 28, 2021
Email ThisBlogThis!Share to TwitterShare to FacebookShare to Pinterest