Vacations Kids on the Road... 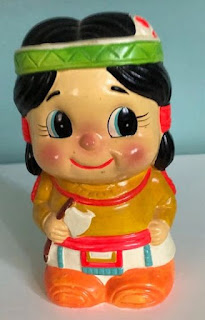 My dad was a hard working man & my mom a homemaker & there was not a lot of money but they did an amazing job when we were growing up.  Truth is, my mom could have balanced the federal budget in a week.  But no one asked her to. We learned early we did not get every shiny thing that caught our eye but we'd always get what we asked for for Christmas.  It wasn't a lot...we never asked for a lot.  I'd rather have mom play Yahtzee with me than give me a gift & we did that a lot. I'm lucky I grew up in the family I did.  They were amazing.

Vacations were never much.  When I was little, we lived in Arizona & our vacations consisted of a week in the summer driving to Texas to see my Granny, my dad's mom & for a time my Granddad, my mom's dad who lived in Lubbock for awhile.  And later when we moved to Texas, we spent that summer week going back to Arizona to see my sister Cathy.  From wherever, we left at 4am, drove 12 hours & stopped for gas & bathroom breaks.  Mostly at Stuckey's where we could also get my mom's favorite, candied orange slices.  Along Route 66, before I40, there were some interesting things.  Indian trading posts (they called themselves that.  These days I guess they are indigenous personnel trading posts).  They sold some authentic tribe jewelry & blankets & some junky souveniers.  I learned this in my teens because daddy would never stop at the trading posts no matter how much we begged.  We knew he never would but we all whined anyway.  It was a game we played.   But one day second generation whiner Steve & I asked to stop & he did.  It was all very confusing.  I bought a penny bank that day, a little indian girl. She's cracked a little now & her bottom stopper rotted out but she's still a cutie.  She doesn't hold my millions anymore but she's still loved.

Oddly, around the same time, my sister talked my mom & dad into driving to California where we went to Disneyland & Marineland.   It was very strange.  If anyone had ever told me I'd see my dad & Mickey Mouse in person in the same place on the same day I'd think they were crazy.  It was fun but strange.  My brother-in-law had an aunt & uncle went with us to Disneyland but we were never told their names & they spoke only Spanish.  We just called the Tia & Tio & pointed alot.  It was hard to tell what kind of time they had.

Later, after I graduated from college I went other places.  My sister Cathy & I would meed in Las Vegas & evem mom got to go several times.  She loved it.  Cathy, Mom & I, along with a friend of Cathy's named Georgia went to Laughlin NV once & mom won 2500 quarters on a machine.  She was thrilled.  She came to our table, grinning ear to ear.  The bells had all gone off & the casino people had to pay her.  I wish I'd been sitting beside her.  Everytime we passed the slot machine for the rest of the trip, she point it out & say "That's my machine!!".

And we had a couple of funnies that trip too.  As usual when we're gambling, we only thought about eating when we were starving.  We sat at the table in the restaurant & were discussing the dish they could make the quickest.  We were telling our cute little waiter how hungry we were so he brought us a plate of pickles to tide us over.  He got a big tip.  The other time we laughed we could hear people "singing" while sitting at a table.  One dealer said "Dang, is it kareoke night again?"...other dealer said no...that's the house band!".  Not good.

I've been other places with other people but I loved traveling with family, despite the 4am start time.

Now they are all gone.  Every day I wish they weren't.