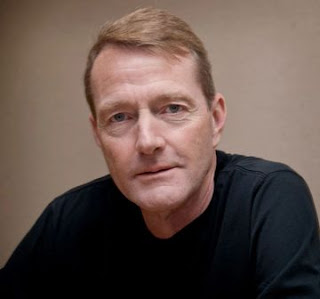 I have been a reader all of my life but for the past 2 years, I just couldn't read more than a short article. I have no explanation for it. But for some reason, when 2020 came, I picked up a book & now I want to read & read & read.

One of my favorite authors is Lee Child. He's a Brit who writes a character called Jack Reacher, a former US Army MP who now drifts from place to place, solving problems along the way. Lee does a pretty good job with the geography, laws & knowledge of US military protocol. He spends a lot of time describing guns & how they work. A little too much time sometimes. Also, he also channels a little James Michener in his descriptions of the land. All of which make his books a little too long sometimes. And some of his Brit sneaks in sometimes like terms like "his son is called George" instead of "his name is George". But I'm a fan.
Jack Reacher is described a 6'5", about 250 & describes himself as not very handsome. He tends to do his business along the way & then gets on a bus for next location. He doesn't have family or real friends or a cellphone or a suitcase. No ties. I give his book description here because when Hollyweird came calling, LC kind of sold out & let them cast Tom Cruise play Jack. You know Tom, 5'4" pipsqueak who mugs for the camera & shuns his daughter to be in a cult. It's a complete failure. Not sure how many movies there were...I saw one & it was enough. I'll take book Jack.
Jack also has a moral code that's a little interesting sometimes. He decides who is a good guy & who is a bad guy & has no problem permanently taking care of the bad guys. In the last book I read, he killed an Army general, an Army captain (& base commander) & a US Senator. Those were the main bodies. I read on where there were 10 bodies. No consequences to be found. He just walks away. I like the stories but dang, I hope it's not reality.
I started a book today & turned it back into the library today, completely disappointed. I read about 20% of it before I figured I hated the story & characters I think I was supposed to care about. I even went on Amazon to read reviews that might tell me it was going to get better but it's pretty universally panned as his worst book ever. And in the 20% there was just walking around & eating. I mean, no one was even dead!! I normally finish a book I start but I'm ok losing this dog.
- November 28, 2021
Email ThisBlogThis!Share to TwitterShare to FacebookShare to Pinterest